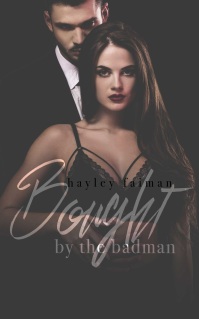 Giovanna Rossi was born an Italian Mafia princess, by blood only. Raised to be nothing more than a toy used to satisfy men’s pleasures. She was always available for a price. She never dreamed to hope for anything other than physical relationships.
Aidan O’Neil was once an Irish Prince, next in line to his father’s throne. He grew up to despise what his father stood for. After all, he helped bring the Irish king to his knees. His devotions now lie with the newly formed union between his Irish mob and the Russian Bratva.
An arrangement meant only to release physical tension, turns into so much more—it turns into everything. When a broken prince meets his match in a broken princess, their bond cannot be denied.
*Recommended for readers 18+ due to Language, Violence, and Sexual Content.

Please tell me why there are only 5 stars, because this book deserves so many more. I have followed this series from the very beginning. I remember being so excited for the release of Haleigh and Maxim in Owned by the Badman, and here we are at the final book of the series. Haley took us into the world of these Russians running their business and taking care of each other and the women they love. Sometimes it was ugly, and sometimes it was beautiful, but no matter what, these books were filled with danger, sex and romance.
Hayley did not disappoint with Bought. It was different from most of the series, being that the main family in this story was Irish, rather than Russian, but if you read Betrothed to the Badman, you already met Aidan, and were anxiously awaiting his book.
Most of the books in the Russian Bratva series had a underlying story line that you really needed to follow from the start to get the full effect. However this book could truly be read as a standalone. While some of our favorite Badmen make an appearance, we are introduced to a new family of badmen to hopefully fall in love with.

I was born and raised in California. My husband and I met when I was just 16. We were married a few years later, moving to Oregon while he was in the US Coast Guard.

Texas is now where we call home, where our boots rest, and where we’re raising our two little boys and a chocolate lab named Optimus Prime.